Home
FAQ
How Many Teeth Did A Tyrannosaurus Have? 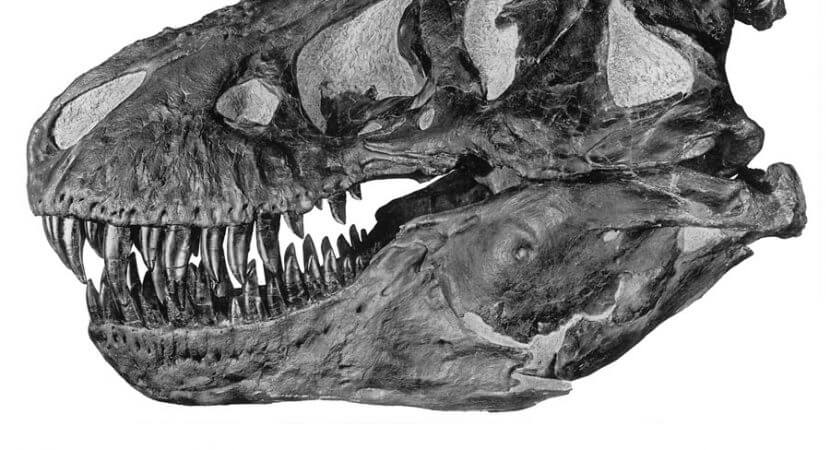 The T-Rex is one of the scariest and most famous dinosaurs. It was a fearsome predator and particularly famous for its sharp teeth and meat eating diet.

How Many Teeth Did A T-Rex Have?

The Tyrannosaurus (T-Rex) has the largest teeth of any dinosaur found to date. They had around 60 large teeth of differing size and shape (morphology) depending on where in the jaws they were located.

T-Rex’s have sharp saw shape teeth for cutting into meat. Similar to a steak knife! Dinosaur experts know that the T-Rex had very sharp teeth – but are unsure if the T-Rex had the sharpest teeth of any dinosaur. (Scholastic, Don Lessem)

Not all of the T-Rex’s teeth were razor sharp, some were blunt and scientists suspect these were used for chewing rather than tearing. (2012 Study University of Alberta)

By having different sized and shaped teeth scientists believe the risk of the T-rex breaking its teeth while chewing was reduced. It wouldn’t be nice to break a giant tooth every time you snacked!

How Long Were A T-Rex’s Teeth?

The length of teeth found for T-rex’s caries from quite small up to 23 centimeters (9 inches). Each T-Rex had a variety of teeth sizes to serve different functions.

It is difficult to figure out how much a T-Rex’s tooth would have weighed – as the only teeth we have access to have been fossilised into stone – and are very heavy because of this.

When they were alive the teeth would have been much lighter.

The T-Rex’s Jaws were how big?!

The largest known Tyrannosaurus jaw was over 1.5 metres long (5 feet) long. The strength of the Tyrannosaurus’ jaws that made them the most fearsome large predator to roam Earth. (Sue Fact Sheet, Chicago Museum)

A 2012 study established that the Tyrannosaurus was likely to have been able to produce a biting force of a whopping 35000 to 57000 newtons! That’s more than three and a half times the Australian Salt Water Crocodiles biting strength.

Because of their extreme jaw size and strength, some scientists have estimated that a T-Rex could take a mouthful of perhaps 200 kilograms (450 pounds) of meat at a time. That is a serious breakfast!

Could A T-Rex Clean Its Teeth?

It is interesting to think about how animals clean their teeth. Even if it wanted to a T-Rex couldn’t brush its teeth as it has very short arms!

Omnivores (animals and dinosaurs that eat both meat and plants) often can clean their teeth just by eating rough plants. This chewing can sometimes disrupt or dislodge the food and germs that are stuck to teeth. Not as good as brushing – but its a start!

Carnivores like the T-Rex however only eat other animals, and although they might chew on bones – otherwise wouldn’t have a lot of abrasive foods in their diet.

So it is a pretty safe bet that a T-Rex would have very stinky breath! 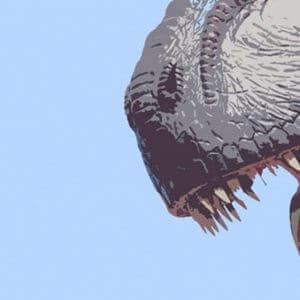 A stylish rendering of tyrannosaurus teeth. They had more than 60 total teeth – many were razor sharp!

“Sue Fact Sheet” Sue is the largest known fossil of the T-rex – the skeleton resides in Chicago at a National Museum.

2012 study from the university of Alberta on the morphology and variation of tooth size for T-Rex.

Live Science Page on “The King of Dinosaurs” with lots of facts about what scientists and dinosaur experts have learned about the T-Rex.

Dr Kit is an Australian dentist who loves to talk teeth. From root canals to toothbrushing, veneers to flossing – teeth are fascinating! He actively treats his patient base full-time in a General Practice setting. Comment any questions!

This site uses Akismet to reduce spam. Learn how your comment data is processed.

All posts are copyright – so do not reproduce without explicit written permission. All original images and photos are also not to be reproduced without permission.