Home
FAQ
Do I need To Keep Invisalign Trays Once They Are Done? 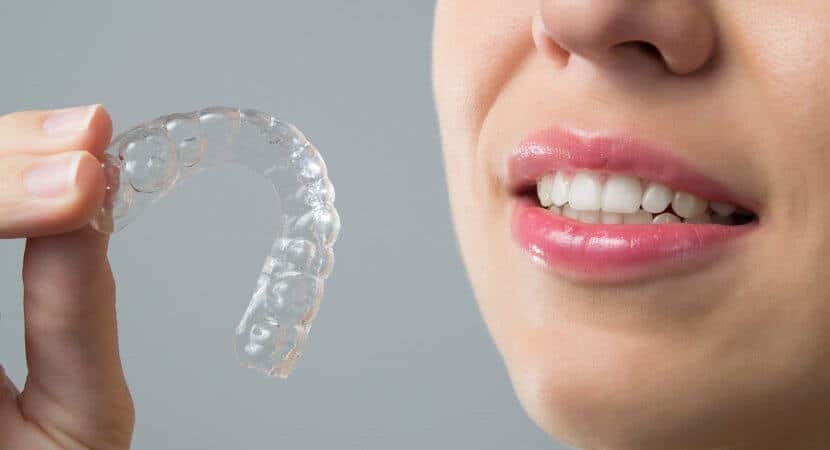 People often stockpile their old Invisalign aligners trays just as a habit. But do they need to keep Invisalign trays and for how long?

Clear aligners are one of the most popular new types of braces used to straighten teeth. Invisalign is the most recognised international brand that dentists use to provide clear aligners braces. But do you need to keep your Invisalign trays after you move to the next set?

Do I Keep Invisalign Trays?

Answer: Keep the current AND the most recent set of Invisalign trays.

These are the ones you wore before the current set. This means if anything happens to your current set of trays you will have a set before to fall back on.

People often lose Invisalign trays, break them by accident, or even have a family dog eat the trays (gross but it happens more than you think!)

Any earlier trays do not need to be kept, and can be disposed of. Previous trays from earlier on in your Invisalign aligner treatment will no longer fit your teeth.

Trying to force an older tray into the mouth will be uncomfortable. It can also compromise you Invisalign treatment and make it take longer.

It is usually best to discard of older aligners to avoid ANY confusion about which set of trays are current, most recent – and older.

How Many Invisalign Trays To Keep?

For most dentists and orthodontists – the golden rule is

“Only the last tray that you wore should be kept.”

This provides you with the current treatment trays and one backup set in case something happens.

When you finish Invisalign – you will likely need a retainer. Until the retainer is ready you may need to hold onto the final tray and wear it!

What To Do With Old Invisalign Trays? 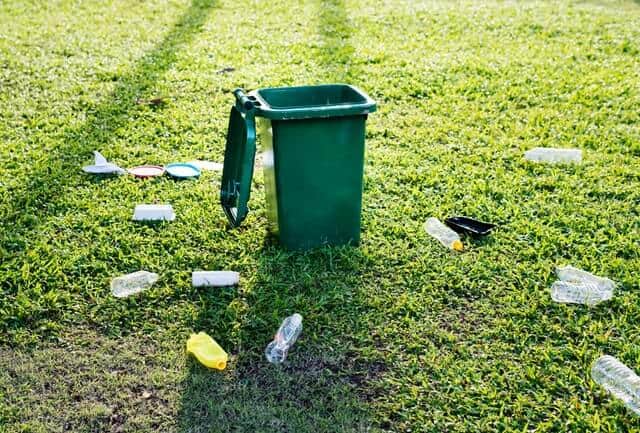 Do we put Invisalign trays in the normal bin OR the recycling?

You should keep the most recent set of Invisalign trays. All earlier trays can be either kept or discarded. Alternatively, you could…

Can I recycle Old Invisalign Trays?

Whether you can recycle the Invisalign tray is a very interesting question. Invisalign treatments do use a lot of plastic! Many us are keen to recycle plastic whenever possible to minimise our carbon footprint and protect the environment.

You should check your local reclining guidelines – but perhaps the trays are better in the landfill bin.

Either way, it would be a good idea to disinfect your old trays with a denture cleaning tablet, or white vinegar and warm water before you dispose of the trays.

How Can I Clean My Invisalign Trays?

The best way to keep your Invisalign trays clean and fresh are to regularly rinse them. After waking up, before going to bed, and after each meal and drink that is not water.

Even mildly flavoured drinks needs to be rinsed off the aligners with plain water to keep the tray clean and not stink.

The second best way to keep your aligners and older set of aligners from smelling is not very glamorous.

My patients find the best results from a simple denture cleaner (a dissolving denture tablet). You can find this at any chemist or supermarket. Look for “denture cleaning tablets“.

They should be cheap and readily available! Soak once a day, or every second day if the trays are remaining clean.

A backup option is to soak the aligners in diluted mouth rinse (such as Listerine or Colgate brands). However this can occasionally stain the aligners or give it some taste that sticks in the aligner.

It is not generally recommended to use strong or coloured mouth rinses for this reason.

If the aligner is particularly stained, a diluted mixture of white vinegar and water soaked for 20 minutes then brushed gently with a soft toothbrush can help remove dark stains from coffee, curry, berries, or other colourful foods.

Final Question: So… can I throw away my old Invisalign trays?

Answer: Yes. Keep only the current tray, and the immediately previous set.

For most people there is nothing gained by keeping additional older Invisalign trays. The trays have spent hundreds of hours in your mouth, so even with the best cleaning they are not hygienic.

If you can’t think of a reason to keep them and your dentist or orthodontist hasn’t told you to – just bin them.

Invisalign says they cannot be recycled as they are a medical product.

Dr Kit is an Australian dentist who loves to talk teeth. From root canals to toothbrushing, veneers to flossing – teeth are fascinating! He actively treats his patient base full-time in a General Practice setting. Comment any questions!

This site uses Akismet to reduce spam. Learn how your comment data is processed.

All posts are copyright – so do not reproduce without explicit written permission. All original images and photos are also not to be reproduced without permission.